I’m deeply concerned over this whole entire matter.  First, there are the comments by a number of my readers is that I have done something wrong by publishing the names and photo of these girls.  After all, their names, the video, and their team photo are all public domain repeated many times over.  There were no hate charges laid, so there was no publication ban of any sort.

Given that they’ve issued an apology, I’ll remove the girls photo and my harsh words about these young women.  However, I was simply giving credit, where credit was due.  After all, they have proudly circulated the video amongst themselves for a couple of months, laughing about it, enjoying their schoolyard notoriety.

Admittedly, these racist girls are sorry that they’ve simply treated our traditions as an “just another dance move off MTV”.  Sadly, their Principal, school board and Ontario Provincial Police are concerned mainly with the “power of technology” and how fast the video got out into the global village.

The real problem is I seem to be recieving far more threats, excuses, and stereotypical comments than sympathetic comments.  Far more.  The real issue is that many people commenting on the sitution don’t believe there is a problem.  They don’t believe these girls have done anything wrong.

Folks, racism is real.  Most Anishinabeg have experienced it first hand.  Those of the caucasian persuasion can’t possibly understand.  It’s what social scientists call “white privledge”.  You make your comments from the perspective of the majority.

As the prayer goes: try to walk a mile in our moccasins.  Ask yourself how do their Anishinabe classmates feel?  How about those classmates who sing, dance and go to pow-wow?

Do you even know what kind of song they danced to?  Well it was a Grand Entry Song, a song that shows deep respect for our Eagle Staffs, our Color Party, the Canadian Flag, but especially the veterans.  Not just Native veterans, but all their comrades.  This is of particular offence to them.

Some question what is so wrong with drinking alcohol and dancing in this way.  First of all, alcohol is strictly forbidden at pow-wows.  More importantly, there are many people and families who use pow-wow singing and dancing as a way of healing and path to sobriety.

And do you honestly think that these girls overlooked the hurtful stereotype that Natives are all drunks?  I am one of a generation of young Anishinabe who has never touched a drop of alcohol in our lives.

For all my critics out there…  yes indeed, the girls finally admitted this video was recorded three months ago.  Why wasn’t the apology given when it happened?  What happened since then that made them apologize now.

A simple answer…  they got caught. 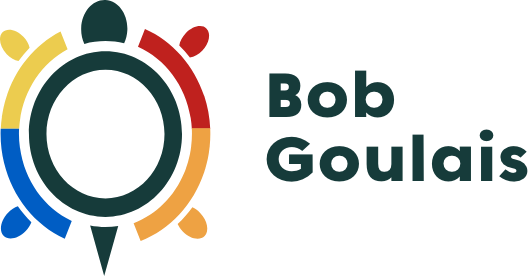